The 2014 edition of the Don Olson Classic proved to be the largest & fastest race ever.

332 athletes ranging in age from 5 to 79 finished either the 2.5K single loop or the 5K double loop event through the beautiful trails of Albion Hills.

The men were equally impressive with Cameron Dean earning the top spot in the 2.5K with an 8:27 & Thomas Witkowicz obliterating the 5K course record & the competition with a 16:21. 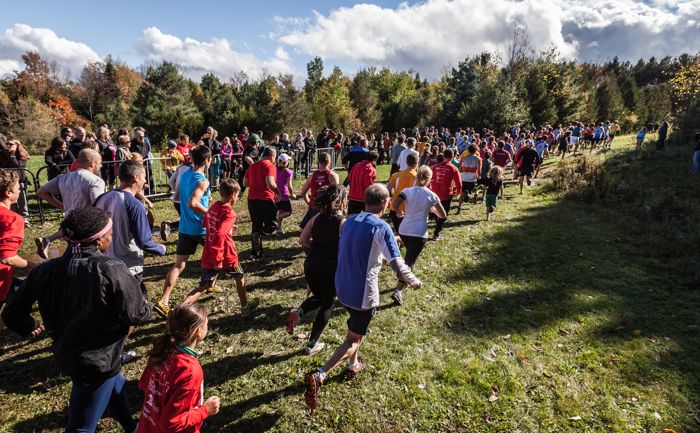 310 Running sent its largest contingent ever to the Legion Youth Nationals in Langley, BC on Aug 15-17. Five athletes, including two that were selected to compete for Team Ontario, took on the best track & field athletes in Canada.

By the end of the weekend our five athletes secured three podiums competing in just seven events. 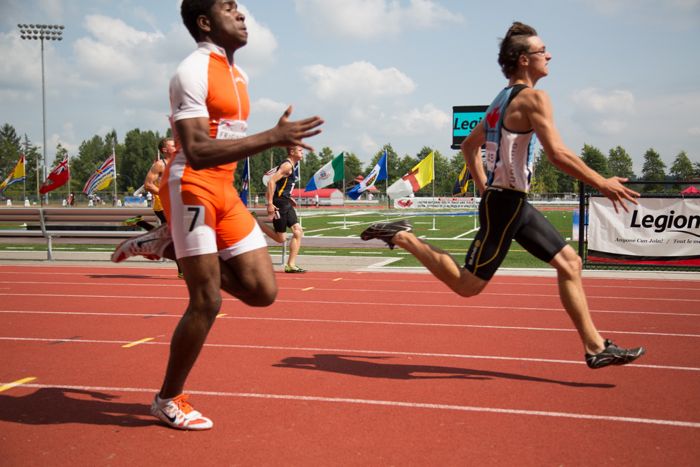 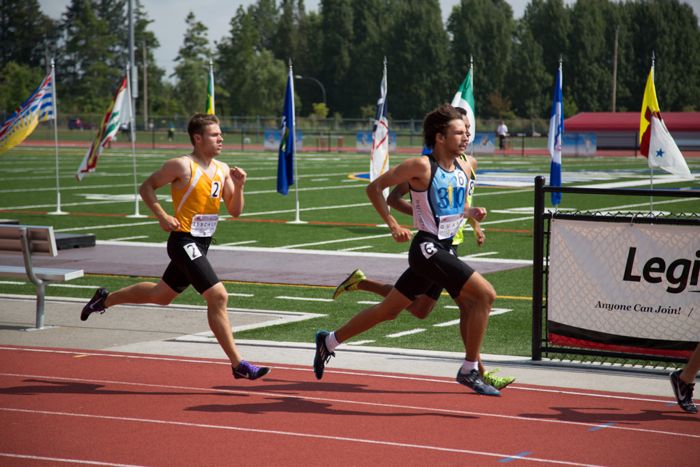 Mid-distance runner Simon Quann came into the meet seeded 17th but upgraded to a 13th place result with his second fastest 800 ever in the Youth men’s race.

310 Running qualified a record number 12 athletes for the 2014 Hershey Provincial Championships held in Mississauga on June 21.

As Ontario Champion, Hill’s times will be compared against the state champions from Minnesota, Iowa, Missouri, Wisconsin, Illinois, Michigan, Indiana and Ohio. If they hold up, he will earn his third invitation to compete in the Hershey North American Championships held in Hershey, Pennsylvania.

Charlotte Barber posted her second fastest ever 800m time in the 11/12 year old girls event placing fourth. This came only 4 days after smashing her PB by over 4 seconds in the same event at a twilight meet in Toronto.

Breanna Hayhoe was named as an alternate for the team.

On the track, Nicole Skimming competed in the Senior girls 400 metre hurdles.

Fifteen of 310 Running’s athletes started their 2014 MTA outdoor track & field campaign in style in Burlington on May 17th.

Other triple medal winners included Aysia Maurice who brought home gold in high jump & the 800 along with bronze in the relay. Charlotte Barber won bronze in long jump, the 1500 & the relay.

Three athletes from 310 Running have been named to Team Ontario to compete at the Midget Ontario/Quebec Dual Meet being held on February 15th at York University.

Two 310 Running athletes were presented with the MTA Athlete of Excellence Award at the annual Minor Track Association Banquet held on January 18 in Brampton.

Rhys Rusby & Christian Hill received the award that recognizes Senior MTA athletes who have achieved at a high level throughout their MTA careers.

In his final year of eligibility, Rhys found the podium for every event he competed in at the 2013 MTA Indoor & Outdoor Championships. Rusby won a gold, 3 silvers & 2 bronze medals.

Christian, a first year Senior, continued to dominate the 400m event by taking gold in both Championship events & setting a new MTA outdoor 400m record. Christian also won the 2013 Giochi della Gioventu Male Athlete of the Year & was nominated for the 2013 Athletics Ontario Bantam Sprint Athlete of the Year.

Both received their award from 310 Running pole vault coach & former Olympian Doug Wood who was invited to be the guest speaker for this years banquet.